In this episode of the Voice Acting 101 Podcast, you'll learn:

Links & Resources from this episode 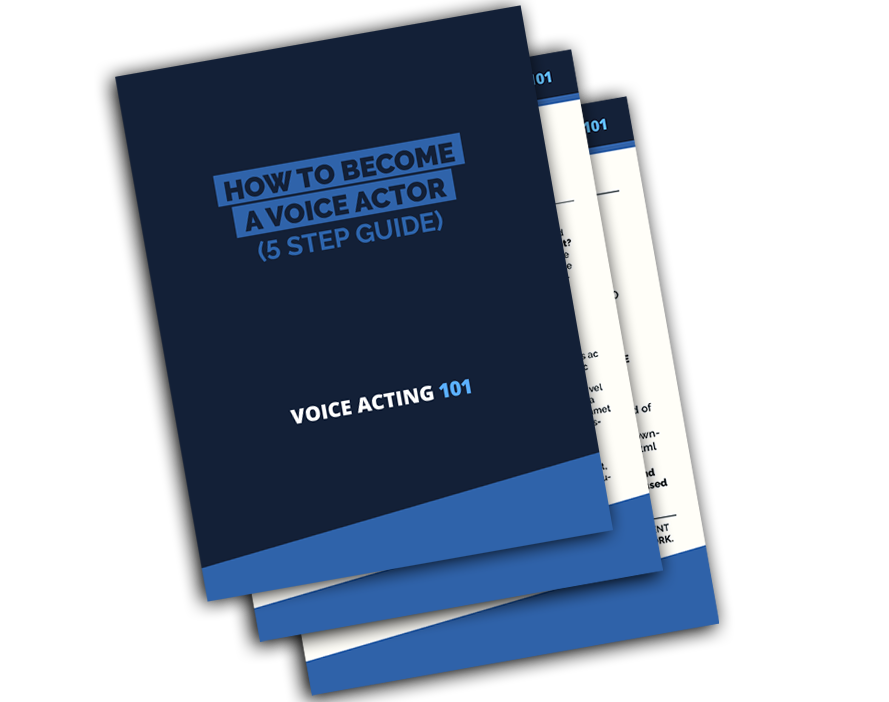 How to Become a
Voice-Over Actor

A FREE 5-STEP GUIDE TO GET STARTED IN VOICE-OVER

Please log in again. The login page will open in a new tab. After logging in you can close it and return to this page.